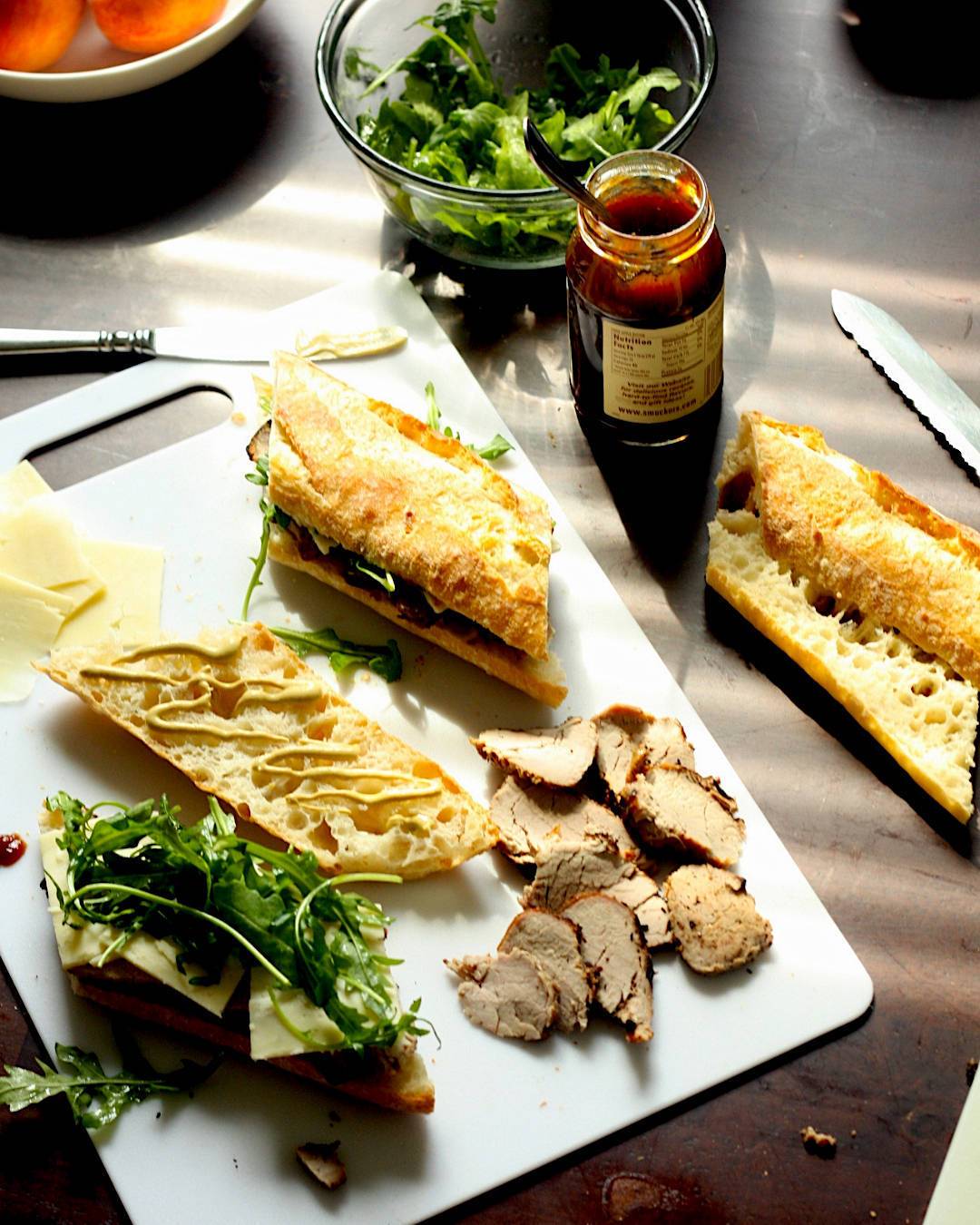 In my house, no one was typically clamoring for the leftover pork tenderloin. That is, until I discovered it makes for an awesome sandwich when topped with dijon mustard, apple butter and white cheddar. This is such a clever use of an otherwise boring leftover protein, inspired by a recipe featured in My Kitchen Chalkboard.

Slice the baguette in half lengthwise. Place the bread cut-side up on a work surface and drizzle each half with a little olive oil. On one half, spread a thin layer of Dijon mustard. On the other, apple butter followed by a sprinkle of salt.

Top one baguette half with a layer of sliced pork tenderloin. In a small bowl, toss together the arugula and a little red wine vinegar to taste. Pile the arugula atop the pork, then finish with a layer of sliced cheddar. Top with the other baguette half and press down. (At this point, you can wrap the sandwich in plastic wrap and chill for 30 minutes to an hour, but this is optional if you’re short on time.)

Cut the sandwich in half (or into thirds) crosswise. Heat a grill pan or panini press over medium heat and brush pan with olive oil. Place 1 to 2 sandwiches in the pan/press. If using a grill pan, place a heavy skillet on top of the sandwich to weight down. Toast the sandwich until the bread is crispy and the cheese is melted.

Adapted from the Early August menu (Pressed Pork Sandwiches) featured in My Kitchen Chalkboard by Leigh Belanger, a lovely and totally inspiring cookbook full of weekly dinner menus based on seasonal ingredients.

Did you try this recipe? Please rate it: 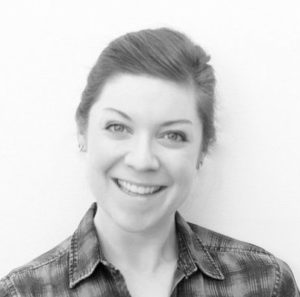 The Dinner Shift is dedicated to helping busy moms get dinner on the table after the weekday grind, however that is defined for you and yours. 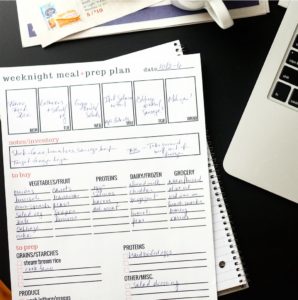 On our table this week